From Shy to Shining! 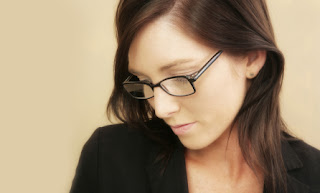 I recently had someone ask me on twitter: "How did you get from Shy to shining?"

I decided to answer that question on my blog so I could easily share it with everyone. Below is an excerpt from the introduction to my soon to be published BOOK which answers this question. Of course overcoming any ingrained habit is a life long challenge but there are ways to do it.

So... how did I go from shy to shining"  I made a very deliberate choice.  Somehow I knew that I did not want to continue being type cast as the shy background player in the movie of my life. I yearned to step out of that role. It was suffocating me but I didn’t feel capable of being anyone else. Shai was familiar, she was comfortable, she was well liked, respected even, but she was driving me crazy!  If you are reading this book, chances are there is a quality or habit that you feel locked into that you would like to release. That’s just how I felt.  So, I made a choice. The deliberate choice I made to step out of my shyness wasn’t premeditated but as soon as I made it, I knew it was right.


It was my freshman year in a new high school. A new PUBLIC high school – I had gone to Catholic school up till then. I was sitting in homeroom class listening to the daily announcement over the loud speaker. At the tail end of the Vice Principal’s litany of information, she announced auditions for a new play which was going to be put on at the boy’s school down the street.  It was as if fate had whispered in my ear, tapped me on the shoulder, and hit me on the head all at the same time. Without thinking or rationalizing it away, I took down the information. My mother had tried getting me out of my shyness before by enrolling me in acting classes at a neighborhood playhouse. It hadn’t worked. In fact, I remember very little about the experience. Maybe because it had been her idea, or maybe because it traumatized me. However, I suppose the idea that acting might be my ticket out of the Shy prison remained with me.

The second most important decision I made once I decided to audition for this play, was the decision not to tell anyone about my plan. I somehow instinctively knew that the wrong response from my family (or the one friend I had at the time) would increase the chance of my not following through. How many times have you shared a dream, desire or goal before you should have and allowed yourself to be talked out of it?
To audition for the school play I needed a two-minute monologue. But I had no idea where I could find a two minute monologue suitable for a shy, 14 year-old African-American girl. I searched the school library but came up short – so I wrote my own. It was an extremely melodramatic rant about being dumped by a boyfriend I’d never even had.

After I wrote my monologue and counted down the days to the audition, it was as if the tiny particles – the ones I was born with and the ones I had developed during my grade school years – had fused together to create the energy that catapulted me into that school auditorium on the afternoon of the auditions. Suddenly there was Shai standing in front of complete strangers revealing raw emotions that she had written about herself.

A skill I often use in my teaching and coaching is based on an acting technique called substitution - if you haven’t lived an experience, you think of an experience that brings out similar emotions in order to make the performance believable. During that high school audition, when I let out the anger, disappointment, frustration, and rage towards this imaginary boyfriend, I was actually using the anger, disappointment, frustration, and rage that had been trapped inside of “Shai” all those years. All the qualities and strengths, I had been hiding for years… suddenly had free reign.

After what I am sure was 2 minutes of complete overacting, the director sat me down. He studied me as though he wasn’t quite sure what to make of me. He wanted to know where I got the monologue. When I told him I’d written it, he wanted to know if I’d ever been dumped. He asked me all sorts of other questions and apparently liked the answers that I gave him because I was cast as the Sphinx in Jacques Cocteaux’ The Infernal Machine. It was a fantastic role. A role with which I had to be powerful, strong, respected and intimidating. A very far cry from the “Shy”  girl everyone knew. I adored performing the part and got terrific feedback and the rest, as they say, is history…

A few weeks of playing the Sphinx did not turn me into a chatterbox but it definitely added some very important qualities, or particles, to my inner core; particles that I utilized as I gradually went from being a shy background player in the movie of my life, to a strong supporting actor and then to the leading lady I feel I am today.