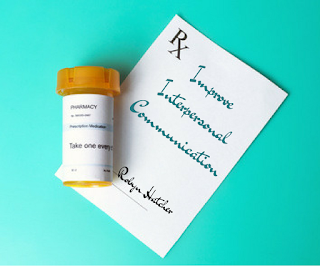 I love the ongoing relationships I have with organizations who bring me in whenever an issue involving communication threatens to impact morale, productivity, or effectiveness. I get to be like a superhero called in to save the day or in some cases, pronounce the situation terminal. In this instance, I was able to diagnose the problem and prescribe a treatment plan that may have saved a person his job, the organization the expense of having to hire additional staff and/or replace a valuable employee AND created a vibrant more efficient department.

The call came from Nancy, a director of an organization I've been working with for five plus years. (names have been changed) Nancy told me she wanted me to work with one of her IT staff members, let’s call him Carl. Carl had a long history at this particular organization and Nancy felt some loyalty to him but that was wearing thin. She was entertaining the possibility of letting him go.


Nancy had heard from some of her staff that Carl was rude or dismissive. In addition, Carl’s immediate boss, George, felt that Carl didn’t do things the way he wanted them to be done which made him think Carl was taking shortcuts and did not respect his authority. Carl was asked to contact me over the summer but did not do so. In October, Carl was late for work one day and lied to George about it. That was the last straw. Nancy told him he MUST contact me or else.


Read more »
Posted by Unknown at 6:44 PM No comments: Links to this post