Think Before You Act BUT Interrogate Your Thoughts 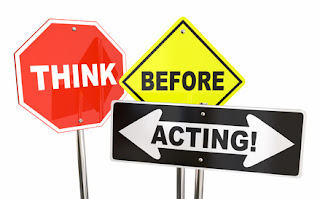 .3 Seconds. That’s the time it takes between having a thought and acting it.

What can you do in those .3 seconds? Ask yourself...why you are having that thought? What emotion are you feeling? Threatened, weak, alienated, angry? Do you want the person in front of you to respect you more, like you more, or just plain go away? Is this thought or idea that you are about to act on or speak really even your thought or is it an old societal or cultural belief that you’ve adopted?

Just asking yourself one of those questions could save you from doing or saying something you’ll regret. And if you’ve asked the right question, you may discover another way to deal with your fear or need for respect.

In the next .3 seconds ask yourself, how much better off would you or your team be if you knew how to communicate more effectively?

Let's talk. You can schedule a phone call here.