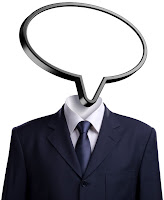 We all want to be liked, right? And we’ve been told since childhood that in order to be liked, we have to be nice. But, I’ve recently discovered that many of my clients sacrifice effective leadership skills by trying to be too nice. Now, don’t get me wrong I’m not advocating becoming a super &%#@!! but what I am advocating is for you to be authentic.
I was recently coaching a client who had a good management job in a well respected corporation. He was extremely capable, talented and very NICE. His superiors wanted him to get communication coaching because he came across as a little unresponsive when interacting with clients and had a serious “whatever-ing” problem.
As I started working with him, I found out that he had been a competitive athlete. That got me thinking. Where was the edge? Where was the aggression? A person doesn’t usually spend a lifetime being competitive and then suddenly turn into a teddy bear. As I continued to probe, he admitted that he was working hard to “fit in” to the corporate culture by being “nice.” I totally understood his dilemma but unfortunately, the result was that he was only bringing 75% of himself to the job.
It is important to get along with others but if in doing that, you are not utilizing your core strengths then everybody loses. What he was doing was holding back opinions and comments because he didn’t want people to think he wasn’t nice. The result? He had turned into a generic manager clone; capable but not interesting. Nice but not powerful. That’s why he came off as unresponsive with clients because he was afraid to express his true opinions. And that’s why he resorted to the “whatever” tone – he was not comfortable expressing all that he had to express.

I gave him language choices and techniques to help him express his opinion and feedback in a assertive, supportive non aggressive way. I gave him techniques on how to acknowledge other people’s opinions in order to create room for him to express his own I also worked with him on different techniques to bring more power and passion to his vocal tone. Will this turn him into an ogre or tyrant? Not at all, it will allow the him to bring 100% of himself to work instead of 75%. That will be more comfortable for him and much more interesting for his coworkers.
Posted by Unknown at 7:55 PM 3 comments: Links to this post