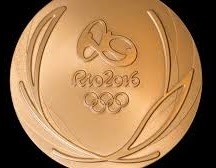 I’m captivated every 2 years when the Olympics roll around. Winter or Summer, I’m hooked.  It’s such a testament to the human spirit and to our incredible potential.

I was struck by footage of Michael Phelps studying video of a previous race. It was amazing to me (and to the announcers) that someone who had already accrued 21 gold medals was still striving to study and improve themselves. How many of us can say the same?
One of my favorite Olympic commercials this year is this one for Dick’s Sporting Goods its tagline - “Gold… it’s in all of us. But only some have the strength to dig it out.”

I guess you could call me a gold digger because one of the things I love about my work is the thrill I get helping to uncover the gold buried in others. How much of your gold have you unearthed?

3 ways to dig for the gold in you:
·         Go Prospecting:
o   Set aside some quiet time for yourself and think back on your eight-year old self. What did he/she dream about? What seemed vitally important to you then? Often, the raw material for your gold medal self, was forged around that time.
·         Start Mining:
o   Make a list of all the positive things anyone has ever said about you. Really give yourself time to think and reflect. We are always so quick to remember the negative things people say (Don’t beat yourself up about that. Our brains are actually wired that way) but keep digging until you can unearth as many positive things as you can remember. Write them down.
o    Also make a list of feedback you’ve gotten that was not that positive.
o   Then do some above ground research. Become hyper vigilant in looking for feedback you get on a daily basis. Including your own internal feedback. How comfortable are you in a particular situation? With a particular type of person? Delivering a particular type of communication?
·         Start Polishing:
o   Take the positive raw material you’ve unearthed about yourself - your purpose that you discovered from your core 8-year-old self and the positive qualities you’ve mined from positive feedback you’ve gotten. And with it…
Read more »
Posted by Unknown at 5:08 PM No comments: Links to this post

A Whiz Kid and a Villain Enter a Presidential Race... Communication Styles of our Candidates

“To effectively communicate we must realize that we are all different in the way we perceive the world and use this understanding as a guide to our communication with others.” Anthony Robbins

When preparing to write my book on presentation skills, I developed my own communication style assessment tool called ActorTypes. Watching this year’s political drama unfold, it struck me that this is the first presidential battle in my lifetime that had such diametrically opposed ActorTypes running against each other. This race is a battle between a dyed in the wool Whiz Kid, and an unmitigated Villain. But for those of you who haven’t attended one of my workshops or presentations or read my book, Standing Ovation Presentations, let me explain what ActorTypes are.
Having spent over 20 years as a professional actor and 10 years as a professional writer for TV and film, I realized that there are certain “types” that actors and their characters fall into – thus the term typecasting. As I began teaching public speaking and communication skills, I noticed that those types also appear in “real” people. After considering the characters I saw in both the scripts I auditioned for and the Daytime Drama shows I wrote for, I came up with nine common ActorTypes. They are based on 9 character types you see every day in movies and on TV; the Hero, Villain, Super Hero, Ingenue, Super Model, Comic, Whiz Kid, Buddy and Curmudgeon)


There are certain strengths each type possesses and of course certain weaknesses which I call Fatal Flaws. Here’s a brief description of the positive qualities associated with our current presidential candidates.

Villain: Loves to be hated

Now let’s look at the Fatal Flaws of these two types.
Whiz Kid:


So how do these two match up? Who will be the victor? I think it depends on how successful they are at mitigating or covering up some of their fatal flaws.

During her last presidential run, Hillary’s Whiz Kid ran against Obama’s Buddy/Hero. That’s an almost impossible match up for a Whiz Kid to win. During that election, she tried to mask her Whiz Kid qualities by taking on the qualities of a Super Hero. That backfired because, turns out Americans don’t really like female Super Heroes. Surprise! So we turned her into a Villain.

After reading and listening to stories by people who know or have met her, I believe Hillary actually has quite a bit of the Buddy ActorType in her (Most of us are more than one type) but her strong Whiz Kid qualities somehow make her feel that it’s “illogical” (to quote the quintessential Whiz Kid, Mr. Spock.) to show her Buddy qualities during such an important job interview. But I’m really hoping that she sees the light.

I’ve worked with many Whiz Kid clients helping them prepare for job interviews. They often withhold valuable information about themselves because they assume it’s obvious. After all, it’s on their resumes. Why do they need to talk about it? Or they think, why do I need to show my personality, I’m applying for a serious job.

One of my favorite quotes is one I recently came across by Dale Carnegie. He said. “When dealing with people, remember you are not dealing with creatures of logic but creatures of emotion.” Something all Whiz Kids need to remember.

In order for us to trust, like and know a person, that person must touch our emotions. Villains are very good at touching and triggering emotions. Whiz Kids not so much. My advice to Hillary - talk to us in stories. Use metaphors, analogies and vivid language to help us see what you see. I enjoyed Hillary acceptance speech. I thought it was one of her best speeches yet. However, she can and should be better.

I heard Chelsea speak about her grandmother at a fundraising event earlier this year. It was heartfelt and moving and touched everyone present. She painted a very vivid picture of a strong resilient woman who’d triumphed under tremendous hardships. When Hillary referenced her mother in her acceptance speech, it was one sentence spoken fairly quickly. When she mentioned her own bad times, she flew over the words, with a smile no less. She didn’t “experience” them. I want her to let us know how she feels. Contrary to some popular beliefs, there is a place for feelings in the workplace and in presidential elections. I know it could be opening a can of worms but I’d even love for her to bring in how she felt during all the Bill/Monica et al. scandals. I don’t need to be all up in her personal business but I would like to hear her once just acknowledge that pain.

Having a Villain ActorType is normally not a bad thing. It can be very powerful. I coach my clients who embody those qualities to use them wisely and judiciously. I work with them to polish and mitigate any fatal flaws that may hinder their effectiveness.

There are people who love to brandish the words “real” and “authentic” when it comes to politicians and personalities. But as I wrote in another post, what’s the point of being “authentic” if your “authentic” is ultimately not effective. Our Villain candidate is doing very little to mitigate his fatal flaws and he is being hailed for being real and authentic. Will the blatant flaunting of his fatal flaws continue to be effective? We’ll have to wait and see.

If you’d like to know your ActorType, you can take my quick ActorType quiz here.

Posted by Unknown at 5:33 PM No comments: Links to this post