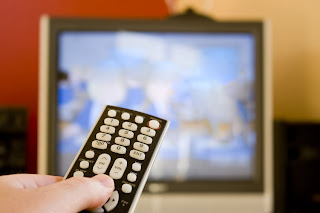 Reality TV has been the bane of existence for most actors and television writers since it first infiltrated prime-time television. And since I have spent 30-plus years as a professional actor and 15-plus as a TV/film writer I should rightly resent the onslaught of reality TV for taking away job opportunities from people like me. BUT,… I have to confess. I love watching shows like American Idol, Next Food Network Star, So You Think You can Dance, Project Runway and The Voice, because the communication trainer and coach part of me learns so much from them!

Those shows illustrate, support and re-enforce so many of the things that I teach, train and write about. And for entrepreneurs and business owners,I'd like to point out some important lessons these competition shows can teach us.

First, let me point out the similarities as I see them. In the very early phase of your business, you probably had to win over a friend, a family member or an investor and convince them of the validity of your product or service. That would be like the initial auditions reality contestants have to go through. In the next phase of your business, you may have to sell your concept to a larger investor, partner, bank, and of course your prospects & customers. In this phase you need to show not only that you have a good concept, but that that concept can make a larger group of people happy and profitable. That’s like the phase where the reality contestants have to impress the larger TV voting audience (and the show’s producers) that they have what it takes to impress, entertain and encourage audiences to tune in.  Then, as time goes by, you, like the reality contestants, have to prove that you are not a one trick pony, that you have “Star Power” and will be able to sustain the audiences/clients interest week after week, month after month, year after year. How DO they do it??

Here are FIVE business lessons I've learned from watching reality television that might help catapult YOUR business to super-stardom.